Progression of Covid19 new cases, all cases, and deaths in Germany, April 1

End of Day Summary (22). Yesterday night I decided to set the publi­ca­tion date of my charts (Twitter & blog) from evening to morning because the figure sources are too much in motion at the end of the day.

The picture above shows the increase of the regis­tered Covid19 cases in Germany, from March 9–April 1. The focus is on the daily new cases (light blue bars), where the flat­tening of the infec­tions is more appa­rent than in the dark blue curve with the summed cases. The deaths are now visua­lised with a black, scaled line in order to better reco­gnise the growth; on the line you see the cumu­lated case numbers. 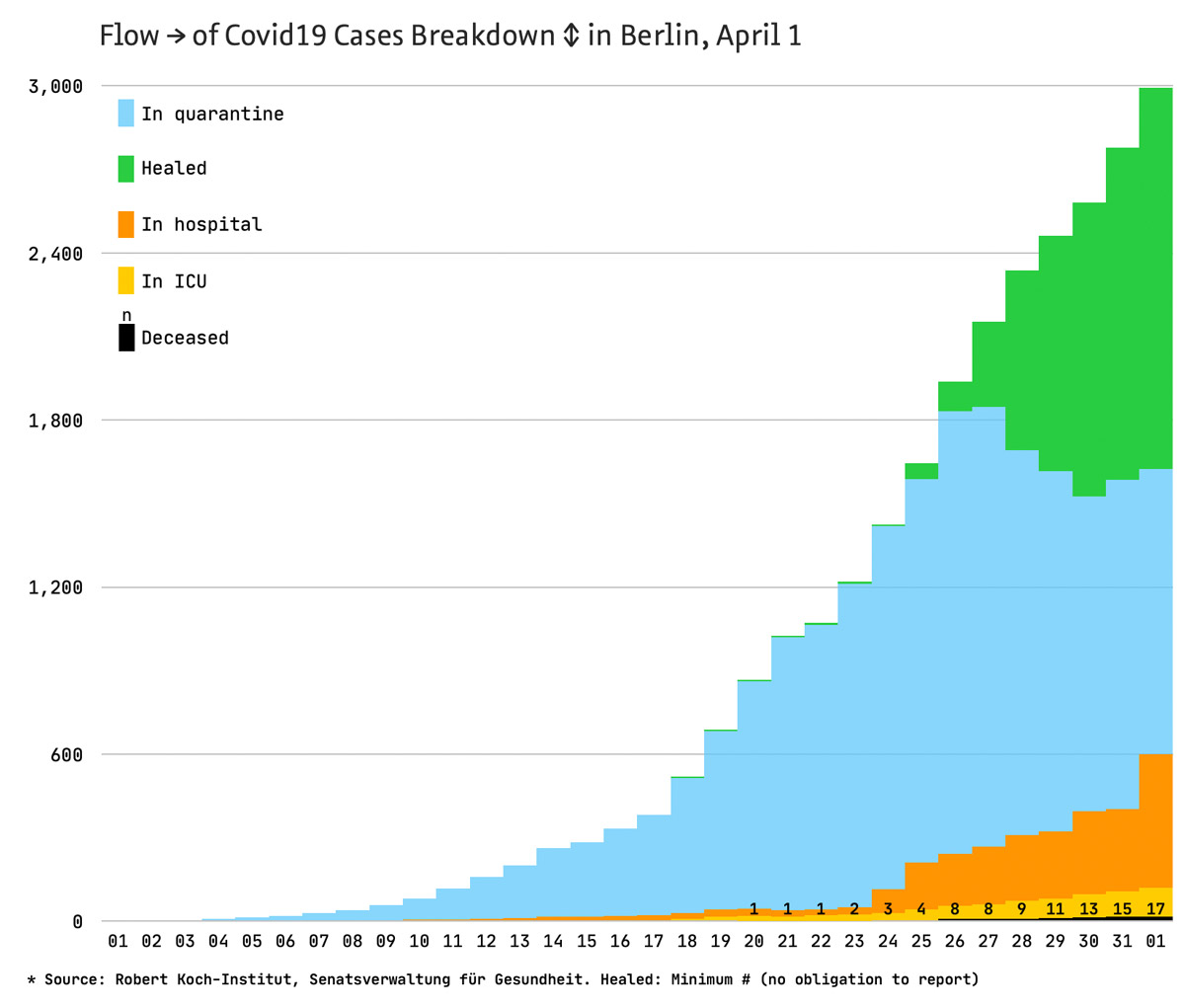 The second picture (above) is dedi­cated to the coro­na­virus condi­tions in my home­town Berlin. At the sugges­tion of some Twitter follo­wers, I have now added up the total number of regis­tered cases against 5 subgroups: the cured (green), the people in domestic quaran­tine (blue), the Covid19 pati­ents (orange), the severe ICU cases (yellow) and the deaths (black with figures).
You can hardly see it in this presen­ta­tion, but in the table below: The growth rate in Berlin has now been constant for three days at 1.2 (corre­sponds to a doub­ling in about 10 days). Surprisingly, deaths in the city are not growing expo­nen­ti­ally but line­arly in the last 4 days.

Today, the number of regis­tered cases in Germany has risen by 6,173, and thus the deve­lo­p­ment ha2 incre­ased to a higher growth rate of ×1.3. Let us hope that this can be explained by the large increase in tests. We have to consider: If the number of tests incre­ases drama­ti­cally, it natu­rally distorts the course of our sample.

The increase in the number of deaths has also slowed today, to ×1.5 (from ×1.6 yesterday), which means a doub­ling in 5 days.